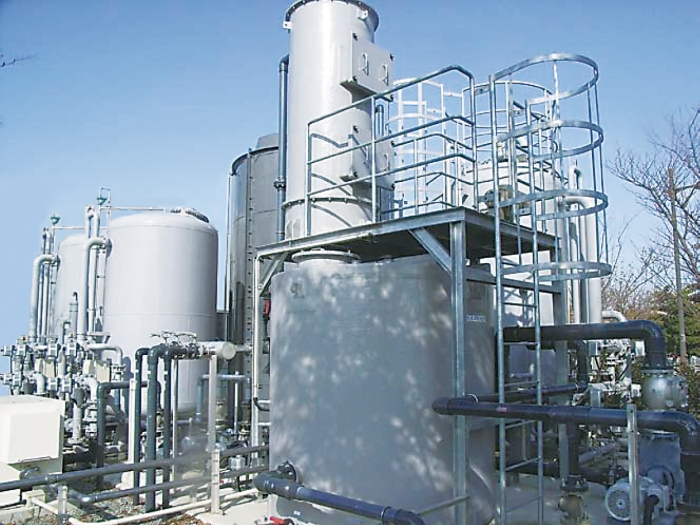 ● Ammonia nitrogen contained in raw water is finally oxidized to nitrate nitrogen via nitrite nitrogen by the action of nitrifying bacteria attached to Tohkemy’s original filler.

* Since the system configuration differs depending on the water quality, it is an option except for the basic system.