Introducing an example of groundwater decolorization using our filter media.
At this site, in order to use groundwater in Ibaraki Prefecture as factory water, the chromaticity and manganese that exceeded the tap water quality standards are removed with a decolorization treatment device.

The color of the raw water is as high as 16 degrees, but this is because iron and turbidity are low, the TOC is slightly high, and the site was in Ibaraki prefecture where there is a lot of groundwater containing humic substances in the groundwater. Judging that the turbidity is due to organic substances due to humic substances, we delivered our decolorizing filter material, Radical Light UC3. In addition, there is an existing raw water tank, and since the raw water contained ammonia in a small amount, sodium hypochlorite is injected in front of the raw water tank in order to perform discontinuity treatment. 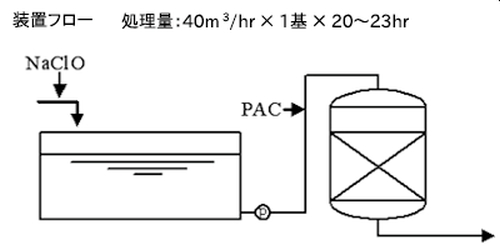 As a result of delivering the above decolorizing equipment, we were able to obtain extremely clear water as shown in the table below and in the photo. 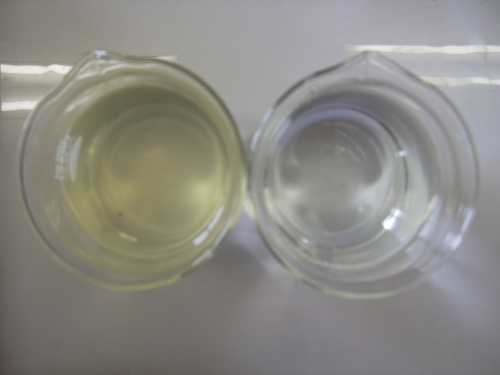