According to the tap water quality standard, the total hardness is 300 mg / L or less, but in most cases, tap water is 100 mg / L or less, and tap water can be said to be medium hard water or soft water.
However, even a small amount of hardness may cause scale in piping etc. depending on the conditions. Also, if you use detergent or soap in water with a high hardness component, the detergent component and the hardness component will combine to form an insoluble metal soap, resulting in poor foaming. Therefore, use cationic resin to remove almost all the hardness contained in the raw water before use. 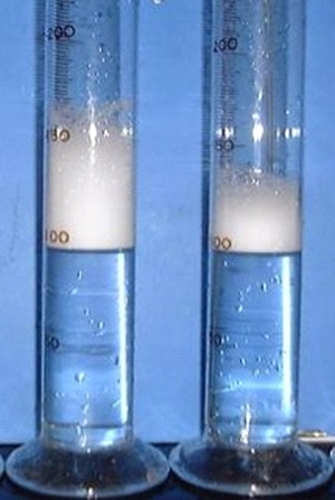