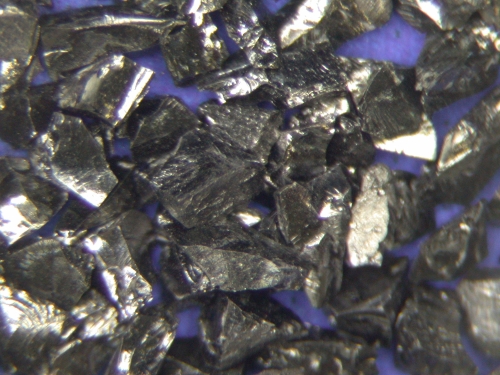 ● Ferrorite / Radical Light Series
The Ferrorite / Radical Light series is a filter medium specially coated with manganese oxide.
Manganese oxide is expressed in the composition of “MnOx (1.5 ≤ x ≤ 2.0)”, but manganese removal performance is not exhibited unless x is close to 2.
The factory x is less than 2.0 for the Ferrorite and Radical Light series. Therefore, at the beginning of operation of the filter, the effective chlorine injected into the raw water is preferentially consumed to bring x closer to 2.0. This is the cause of the initial consumption of effective chlorine. In particular, the radical light series is coated with a large amount of special manganese oxide, so it consumes a large amount of effective chlorine.
If the effective chlorine is consumed by the filter material, free chlorine will not be detected in the treated water, so not only will smooth iron removal, manganese removal, and decolorization treatment not be possible, but if residual chlorine is insufficient, hypochlorous acid will not be detected. If you do not inject sodium chlorite, you will not be able to use it for water supply.
For anthracite, ferrolite series, and radical light series, filtration is started from the state where the initial chlorine consumption is eliminated by a method called activation at the time of trial run.
Please contact our sales representative for the activation method.